Crazy Dog Behavior – Why Do Dogs Lick Us So Much? 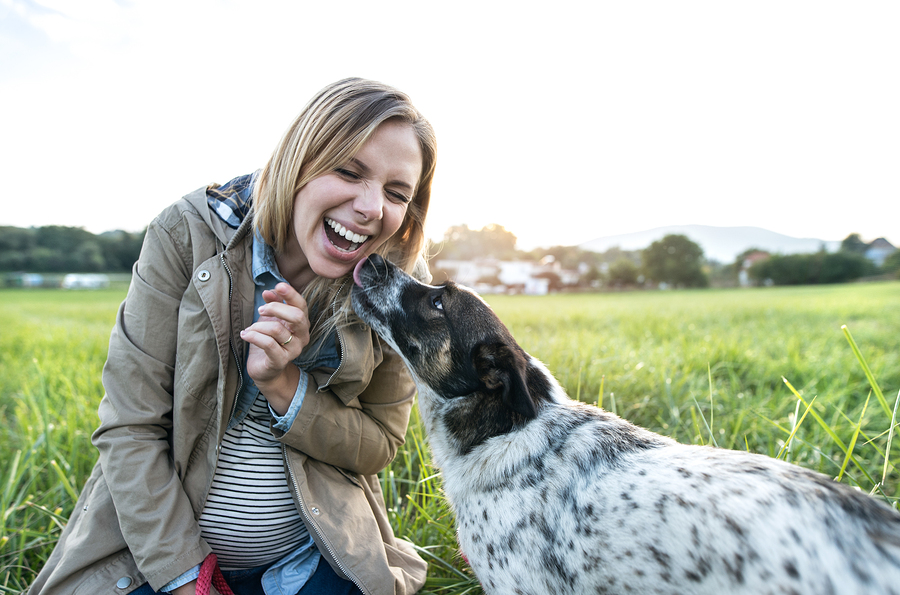 Dogs have been a mainstay in human households for a long time now. The love and attention that the dog shows to us is vital to our happiness and well-being. But sometimes we often wonder what is going on through their heads. Of course we cannot ask them and expect a result, nor can we dissect their thoughts to find the answers. Sometimes their behavior is just strange weird, and is the reason why sometime we need to keep our furry friends in a crate (or favorite being from PawCastle) when there are visitors in the home.

The following is a short list of examining the behavior and trying to get answers to some of the strange actions that dogs do. (I have previously covered some other errant dog behaviors in previous articles.)

One Tongue, Many Reasons

Dogs lick everything. What is the major reason for why dogs like to lick us whether we are playing with them or doing absolutely nothing? Well, it seems that licking is a huge part of a dog attempting to communicate with us.

Puppies learn the licking behavior when they are very young, as their mother often licks them. This behavior is carried over to all aspects of their lives including their interactions with humans. Dogs will often lick people just as a greeting. Sometimes, the dog is trying to signal that it is hungry. To add to this, dogs will attempt to sniff you before it places its tongue on you, which expands the sensory experience for them, just like a person would sniff wine before it touches your tongue’s taste buds.

Just Not the Face! 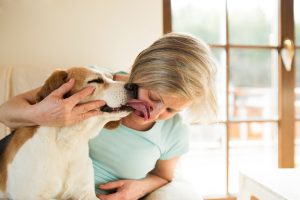 Dogs love to zero in on your face, especially after you clean up. It may be the worst part to be licked if you are not prepared but you should not back away too much. Dogs love to lick your face as a sign of affection.

Also, from previous knowledge of why dogs lick, they may also be asking for food. Behavior in puppies points this out to be the case. When pups are totally reliant on their mothers for food, they will lick the face as a warning that they are hungry. Then the mother will then regurgitate some food in order to satisfy the pup. (If a dog decides to lick you as you are eating some food, you do not have to regurgitate your food. You could probably pour something in the bowl instead.)

Hey, My Feet are Ticklish! 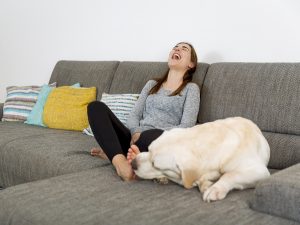 Dogs will attempt to lick you anywhere to show you affection and love. Sometimes, it even goes for our feet. For humans, licking somebody’s dirty feet is gross. (well, for most people). But there is a reason why dogs tend to target our feet.

Feet tend to contain more sweat than most parts of the body and it is an easily accessible place for a dog to lick. Therefore, with all the scents, tastes, and salt content, it becomes an incredible sensory experience for the canine. It may feel weird, and sometimes tickle, for humans, but it is bliss for dogs.

Can You Show Me to the Shower?

Dogs licking humans is a great show of affection. But they also lick themselves all over, whether it is their paws or their entire body. This is normal grooming behavior. Sometimes, a dog will lick itself out of sheer boredom. But most of the times, the licking does not highlight any major problems.

Unfortunately, excessive licking may be a result of a deeper problem. If a dog spends too much time licking their paws, they may have some sort of allergy irritating them, a thorn lodged in a paw, or a skin disease that the dog is trying to clean.

If a dog fails to groom itself properly, it may lead to tangles or mats in their fur, which attracts unwanted moisture and bacteria, which could lead to infections or irritations. If your dog exhibits excess licking of themselves, it is important to take it to a veterinarian to see if there is an underlying cause.

Most of the time, a dog’s licks are playful and loving. But there are times where it signals a problem. Be sure to pay extra attention and monitor your canine for any prolonged errant behavior.

For more information how dogs can qualify to become therapy animals, please feel free to browse our website!