The National Alliance on Mental Illness shows some haunting statistics: approximately 25% of adults in the United States suffer from some sort of a mental of emotional disability every year. This is just the tip of the iceberg. Another report looks at children affected. They report that the most common childhood diseases in the U.S. stem from mental health, with it topping over 17 million children affected by some sort of psychological disorder as of 2016. This means that close to 50% of children in the U.S. have some sort of mental illness. Unfortunately, less than 10% will receive treatment for their health problems.

Another interesting note is that 50% of all lifetime cases of mental disorders begin before the child hits the age of 14 and rises to 75% by the age of 24. This had led to suicide becoming the third leading cause of death for Americans between the ages of 10 and 24. 90%of people who commit suicide are often cited as having an underlying mental or psychological illness.

The problem of mental and psychological illnesses have plagued the U.S. health system and showed that much of the system is fundamentally flawed and broken. Unfortunately, for people who do not possess the means to afford the health care, they will receive the worst of the situation.

Affordability is not the only drawback for people not being able to get proper mental health care in the U.S. Accessibility is often times cited for being an issue for people who live in more rural parts of the country. Also, there is still a stigma about coming to terms with the mental health illness. Although it is getting better, it is still a big problem in many communities.

Statistically, most people who suffer from mental or psychological disorders never receive treatment that would help them out. 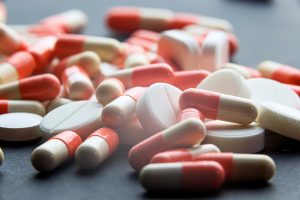 There are three major treatment options available to people who seek out the help: therapy, emotional support animals, and medicinal treatment.

Therapy is usually the term used for instance when a person is able to talk to another about their illnesses and a licensed therapist helps them through the situation. (I used therapist as a blanket term to stand in for psychologist, psychiatrist, psychotherapist, counselor, etc.). This sort of talk therapy is very useful with specific issues that plague a person’s well-being. It allows someone to cope with their situation and overcome their obstacles.

Medicinal treatments are the pharmaceuticals prescribed by licensed medical professionals. They range in function from mood stabilizers to anti-psychotics. They work basically to alter a person’s brain chemistry for a small amount of time, which affects the person’s mood. These treatments are regarded as a cure-all sometimes, but have the biggest possibility for side effects.

There are a lot of risks associated with pharmaceuticals. Much of the time though, they can be helpful in fighting the mental of psychological disorder that a person has. It may be possible to combine treatments. Sometimes, talk therapy does not encompass all that you are feeling.

Having an Emotional Support Animal around is a good way to always have a trusty companion near you in order to help you through your symptoms. It may also be a good thing to combine an ESA with other forms of treatment.